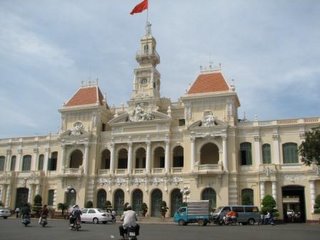 As in other big cities in Viet nam, Ho Chi Minh City has a mixture of architectural styles between the modern and the traditional. There are not as many old buildings here compared to Ha Noi. Some people believe that Ho Chi Minh City is like Bangkok which includes so many tall modern buildings. 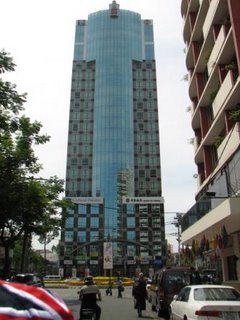 There is also still a Soviet style here which is most obvious in local apartment buildings and companies which look quite ugly and old. 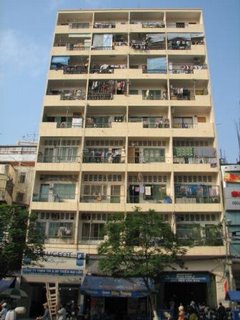 Besides that, there are hundreds of cute houses and beautiful villas around the city, some of which follow the French style and some just a very simple style. 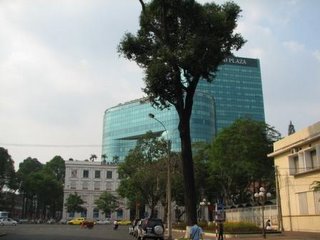 As you can see from my pictures, some houses are almost falling over because the government built new roads. I think it's quite impressive that people still live in these houses, ignoring the dangers waiting for them at any moment. Do you think it's worth it to risk your life like that? 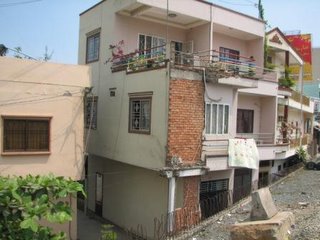 I do agree that the expression "Land is gold" is right for Ho Chi Minh City, where the tiniest space is used for doing business. It's also the reason why there are so many narrow tall buildings in this city. I hope this satisfies my readers who wanted a comparison of the Architecture In Hanoi and Ho Chi Minh city. 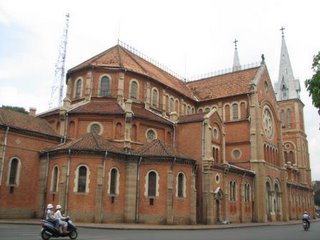 In my opinion, both are beautiful even though there are distinct differences.

Thanks for the images!

I was just reading an article about a woman in Seattle who refuses to move from her little home in a run-down area of the city. For her, it's home, and it always will be.

You can read about her here if you like:

You probably notice that the houses were built very ugly outside big cities (and even inside), but maybe because our population is really dense, therefore the architecture reflects that?

Hi Thao,
Thats also the reason but the Russian design is not as good as French design following many houses throughout Viet Nam as I noticed in other post too. Thanks for your comment.

hey I will add Ho Chi Minh to places I would like to visit...thx for teh comments on my blog.

SJ contact me if you ever come Ok.
LanAnh I hope my blog will help you a bit.

I was in HCM City recently and your blog brings back memories of the trip. I've posted my impressions of your city here, if you'd like to read them: http://newshen1.blogspot.com/

Keep up the good work!

There are variety. I didn't expect to see traditional with modern mix together. I thought that Asia didn't like the idea.

Very effective piece of writing, thanks for your post.