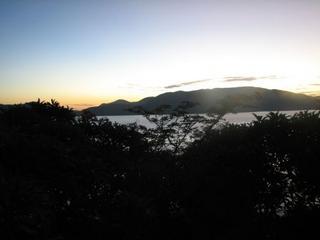 Left Saigon on an early night train and arrived in Nha Trang at 4.35 am the next morning. Everything was still dark and so quiet. We took a taxi and headed to Bao Dai's Villas for my friends accommodation. My Friends Liz and Pam loved this place alot. They stayed in the King's room which was located on the top of the first hill and had a great Ocean view. They spent their first day on the hotel's private beach having the super massage and their nails done, which only cost them $26 for 2. 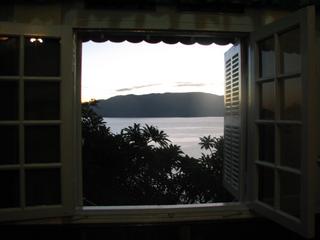 The ex-Vietnamese King and Queen used to spend their holiday with their kids here. It's very quiet all the time and the five villas are located on five different hills, surrounded by plants and with sea views. This is the reason why it's so special in Viet Nam and Nha Trang.

We caught up later at the Sailing club, which is right on the beach for a few beers and a bottle of Kiwi wine before we went to Bien Tien seafood restaurant for our dinner. The food was fabulous here, good service and not very expensive. We had crabs, shrimps, squid, porridge, fish salad with 6 beers and the damage was only 375,000 Vnd. 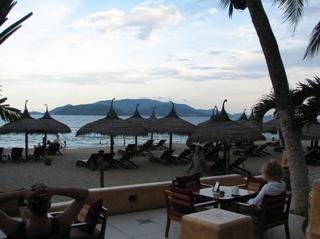 We went back to the Sailing club for more beers and cocktails, took more pictures and listened to the most crap song ever from some American amatuer singer. Suddenly, a moron from somewhere came up on to the stage and sang Hotel California in a terrible voice. Everyone was shouting for him to get off and thank god that was the last of the performances for the night. Hip hop and dance music was turned on by a Vietnamese Dj which was good and everyone started moving their bodies and dancing, except us. What a shame! We were a bit tired and my friends had to wake up early the next day for the boat trip. We left there at about 12am and I couldn't get into my house because my brother couldn't hear me calling him from outside so i took a cab to a hotel and slept there over night. Is that a nite nite? 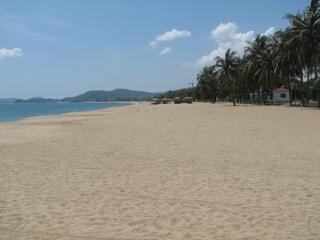 I met Liz and Pam at the same place and of course that's the Sailing club at 6pm the next day after their boat trip. They had a good day with a few beers, a few glasses of Vietnamese petro-red wine at the floating bar. They said the food was nice for lunch and everyone had to sing a song from their country with the tour band. We had more beers here and then I took them to try steamed rice pancakes with shrimps, squid, eggs and beanshoots for our meal. We were full for only 30,000Vnd. 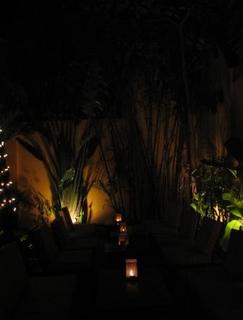 We stopped by the Guava bar for a drink, which is a really nice place with not very good service. The staff were quite pushy, asking us for more drinks when we still had a lot still in our glasses. This is a real shame for such a nice place. They also do meals here as well but the prices are not as cheap as other places in town.

Liz and Pam moved to the New Sky hotel for the last two nights and this is a good eight storey hotel with sea views. It takes 3 minutes to walk to the beach. We went out after they checked in for our breakfast at 10.30Am. My friends were a bit surprised that they were going to have seafood soup for their breakfast, but they finally loved it and the fish and jelly fish noodle soup was super. We had coffee and soya milk here too. Our william was only 35,000Vnd. 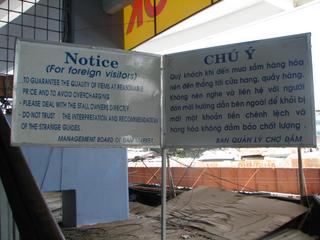 After breakfast, we visited the biggest market called Dam market for 45 minutes before going back to the hotel for an afternoon at the Mud baths and hot springs just out of town. 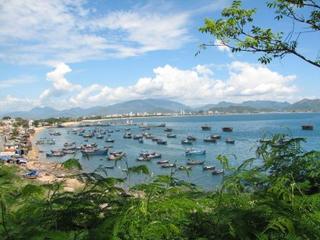 They left Nha Trang for Hoi An on the night train. I'm sure that they had a great time in Nha Trang and so did I.

Tu you are spoiling them rotten - they are having so much fun; that King Suite sounds amazing!!

I know that Nha trang is a place with beautiful wiew and beach. And I hope that I'll go there the next time.

Hi Anne,
I just wanted to make them happy and i am enjoyed it.

These articles are fantastic; the information you show us is interesting for everybody and is really good written. It’s just great!! Do you want to know something more? Read it...:Great investment opportunity in Costa Rica: jaco beach hotel club, best western jaco beach costa rica, jaco beach nightlife. Visit us for more information at: http://www.jaco-bay.com/

This will not have effect in fact, that's exactly what I suppose.